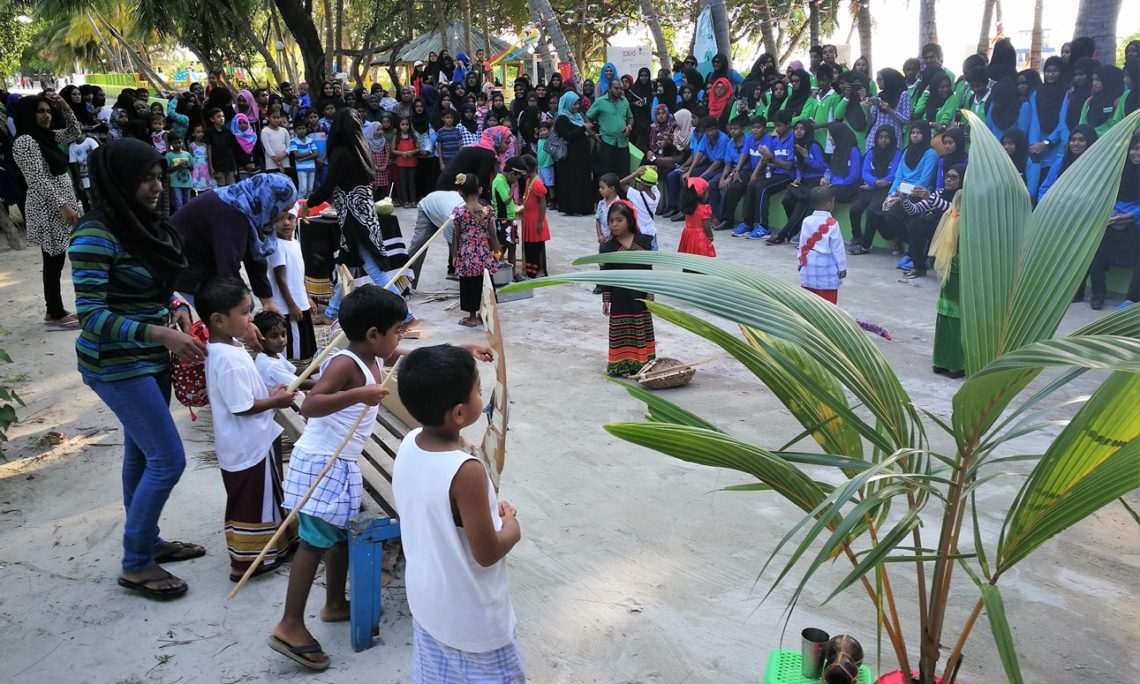 April 10, 2017:  On April 8, hundreds of students and families from seven North Ari Atoll islands joined Maldivian and U.S. Agency for International Development (USAID) officials to celebrate the Moodhu Maa-Kan’du marine festival on Rasdhoo Island.  The event is part of a U.S.-funded project to strengthen the management of the coral reef ecosystem in the Maldives.

Organized by the Ministry of Environment and Energy and the International Union for Conservation of Nature (IUCN), the festival included a beach cleanup and provided residents with hands-on opportunities to learn about protection of marine life in the Maldives.

“The United States is proud to work with Maldivians to protect their valuable coastal resources, particularly coral reefs,” said U.S. Ambassador Atul Keshap.  “We share their aspirations for a sustainable, democratic future.”

The Maldivian government, U.S. government, and IUCN have collaborated for three consecutive years to host the Moodhu Maa-Kan’du marine festival in different locations throughout the Maldives.  On Saturday, organizations such as Manta Trust, Junior Chamber International, and the Marine Research Center set up booths to provide information to the public on protection of the environment.

“It is a great pleasure to see the energetic involvement of young people in the environmental conservation activities at today’s Moodu Maa-Ka’ndu festival,” said Thoriq Ibrahim, Minister of Environment and Energy.   “We should all protect our coral reef environment and endeavor for a sustainable future.”

United States policy aims to ensure that economic growth and a healthy planet go hand in hand.  Learn more about the U.S. Department of State Bureau of Oceans and International Environmental and Scientific Affairs here: https://www.state.gov/bureaus-offices/under-secretary-for-economic-growth-energy-and-the-environment/bureau-of-oceans-and-international-environmental-and-scientific-affairs/