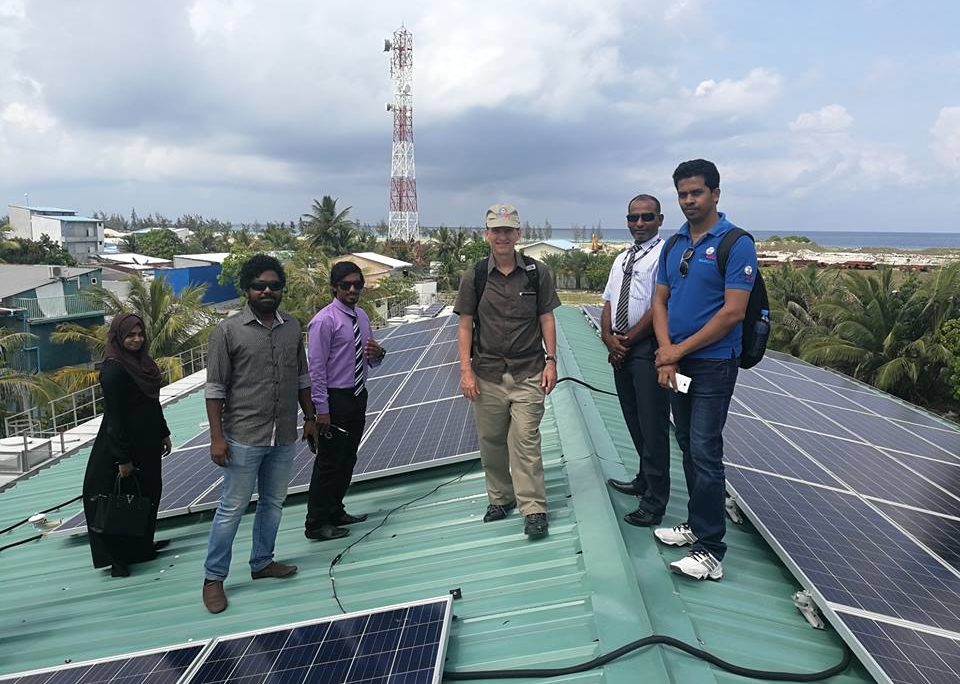 Colombo, November 2, 2017:  The United States Agency for International Development (USAID) has completed the construction of a water supply and distribution system that provides a safe and reliable source of water for more than 4,000 residents of Hinnavaru Island. The integrated system, which USAID has handed over to the Government of Maldives, collects water from rainwater harvesting tanks, mixes it with desalinated water, and distributes it to approximately 700 households through a piped network.

A USAID delegation headed by USAID Mission Director for Sri Lanka and Maldives, Dr. Andrew Sisson, and joined by officials from the Maldives Ministry of Environment and Energy, national utility service provider – Fenaka Corporation Limited, and the United Nations Office for Project Services (UNOPS), visited the system and met with the Hinnavaru Island Council on October 31, 2017.

“Around the world, USAID and its partners are working toward a healthier and water secure future for all. To help solve water challenges on the Maldivian islands, we are supporting the Maldivian Government’s vision to promote integrated water resource management as a model that will ensure safe and high quality drinking water,” said Dr. Sisson.

“We are happy to note that since the water system started operation in June 2017, most of the people on Hinnavaru have been using water from the system daily, while others use it as a backup water supply. The communities say the water tastes very good. On behalf of the island council and Hinnavaru community, we would like to thank the U.S. Government for this project”, added Ahmed Aneesh, Hinnavaru Island Council Member

The facility is equipped with a water quality testing laboratory which will serve the water quality testing needs of Hinnavaru, as well as other nearby islands. USAID also provided technical assistance and training for utility officials to operate and maintain the system, currently operated by Fenaka Corporation Limited.

UNOPS constructed the USAID-funded water system, in partnership with the Ministry of Environment and Energy, Fenaka Corporation Limited, and the Hinnavaru Island Council.