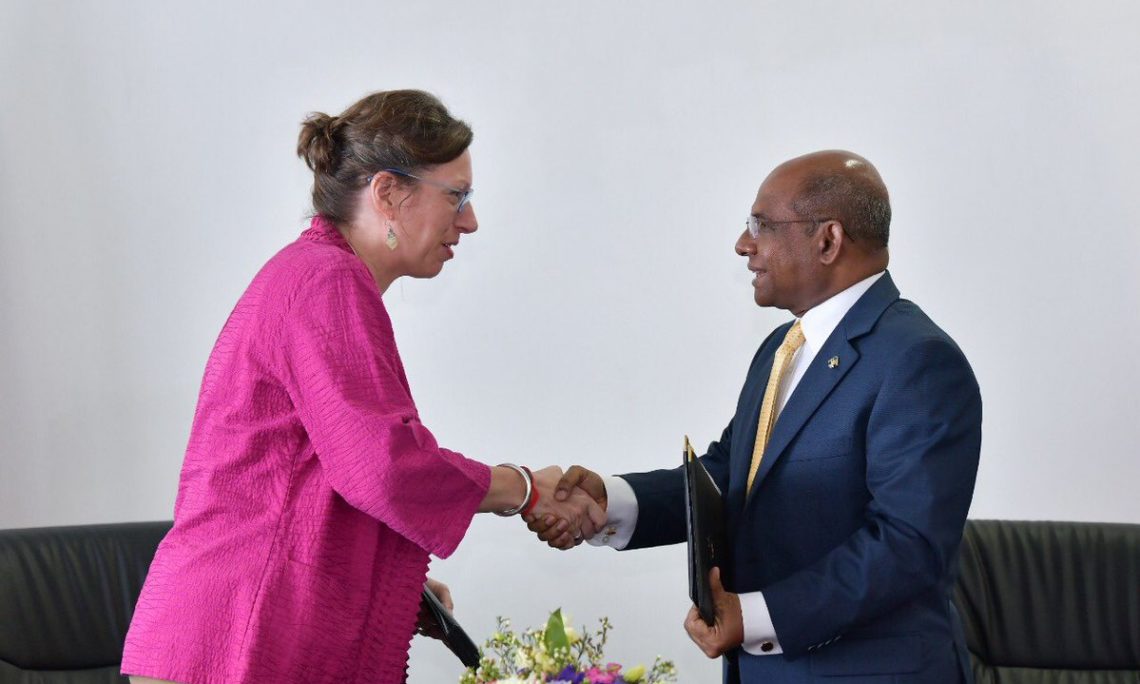 March 15, Male:  The U.S. Government’s development agency, the United States Agency for International Development (USAID), signed a landmark agreement on March 12 with the Government of the Republic of Maldives to improve the resilience of Maldives’ economic and democratic governance and to support inclusive and sustainable development.

“This comprehensive agreement will enable us to broaden our cooperation with the Maldivian people and their government,” said Ambassador Teplitz. “It underscores the U.S. commitment to helping the people of Maldives realize their aspirations for a more stable and prosperous future.”

The agreement outlines the United States’ commitment to support activities that improve public financial management as well as the policy and regulatory environment for trade and investment.  It will also reinforce key democratic governance institutions, empower youth and women, and help protect critical marine habitats.

During the event, Ambassador Teplitz and Minister Shahid also signed a Memorandum of Understanding that extended academic exchanges conducted under the U.S. Fulbright program, facilitating the continued exchange of scholars focused on issues related to, and which strengthen, the U.S.-Maldives partnership.

“The signing of the agreement between the two governments and the renewal of the Fulbright Academic Exchange Program for another five years is an indication of the enhanced cooperation between the Maldives and the United States,” said Minister Shahid.  “This important step by the U.S. Government will increase the exchange of knowledge amongst our people and it will support the people of the Maldives in re-establishing rule of law, reforming the judiciary, tackling corruption, building the resiliency of our communities and increasing sustainable development,” he said.

USAID has been working in Maldives since 2011, supporting the island nation in meeting its drinking water and energy needs, strengthening government bodies, protecting maritime resources, and improving its public accounting systems.  Following the 2004 tsunami, USAID provided $12 million for short and long-term relief and reconstruction.