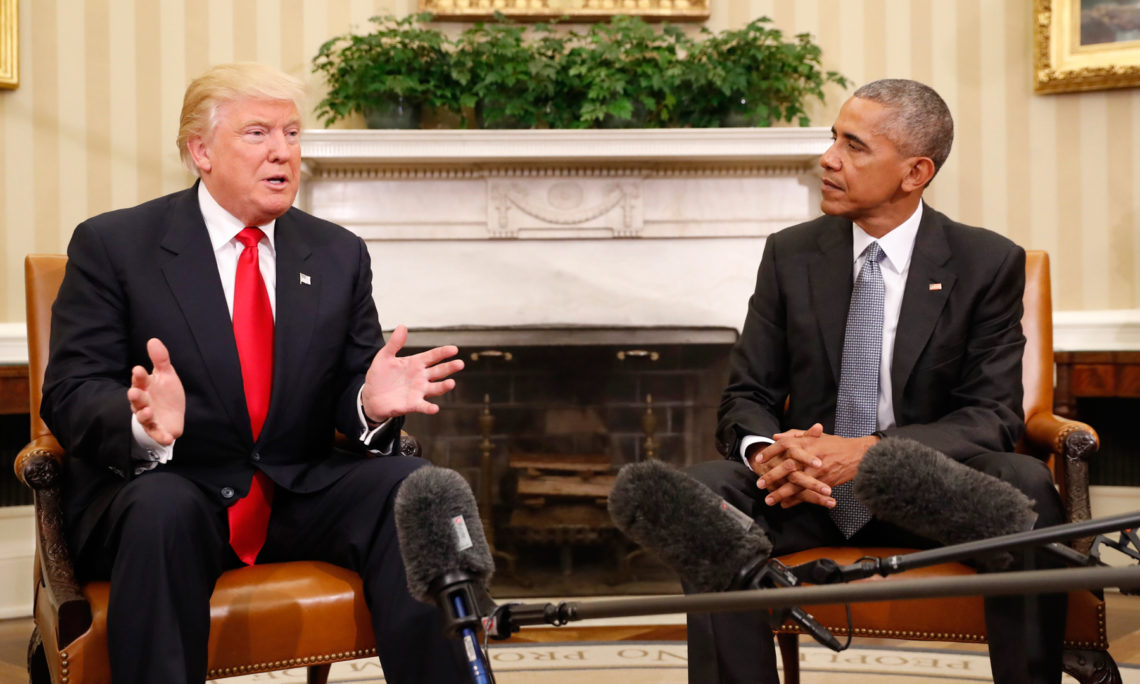 President Obama and President-elect Donald Trump met at the White House on November 10 in a cordial beginning to their transfer of power.

And I have been very encouraged by the, I think, interest in President-elect Trump’s wanting to work with my team around many of the issues that this great country faces.  And I believe that it is important for all of us, regardless of party and regardless of political preferences, to now come together, work together, to deal with the many challenges that we face.

And in the meantime, Michelle has had a chance to greet the incoming First Lady.  And we had an excellent conversation with her as well, and we want to make sure that they feel welcome as they prepare to make this transition.

Most of all, I want to emphasize to you, Mr. President-elect, that we now are going to want to do everything we can to help you succeed — because if you succeed, then the country succeeds.

PRESIDENT-ELECT TRUMP:  Well, thank you very much, President Obama.  This was a meeting that was going to last for maybe 10 or 15 minutes, and we were just going to get to know each other.  We had never met each other.  I have great respect.  The meeting lasted for almost an hour and a half.  And it could have — as far as I’m concerned, it could have gone on for a lot longer.

We really — we discussed a lot of different situations, some wonderful and some difficulties.  I very much look forward to dealing with the President in the future, including counsel.  He explained some of the difficulties, some of the high-flying assets and some of the really great things that have been achieved.

So, Mr. President, it was a great honor being with you, and I look forward to being with you many, many more times in the future.